Who should be our next PM? Help me choose

In just three weeks we are due to have a new Prime Minister, with Theresa May standing down and the Conservative Party in the process of electing a new leader.  I will shortly receive a ballot paper for that election - but most of my friends and neighbours will not. As a member of the party, I am one of only around 160,000 people who will have a vote. 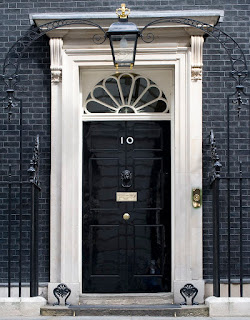 What is taking place is actually an historic first for our political system: Never before has the ordinary party membership in effect chosen a Prime Minister. Until 1997, the choice of leader for the party of government has always been in the hands of its elected MPs in Parliament. When the Prime Minister changed between General Elections, it was MPs who chose them - as happened with James Callaghan in 1976 and John Major in 1990.

Since then, both Labour and the Conservatives have involved their ordinary members in the process. Labour did so from 1981, and the Conservatives from 1997 - both whilst the party was in opposition. Since then, there have been just two occasions when a leadership change has taken place in government. In 2007, Gordon Brown was the only properly nominated candidate, so no election took place, and he became Prime Minister with 88% support from his MPs. Then in 2016, Theresa May and Andrea Leadsom were put onto the final ballot for Conservative members. But after Mrs Leadsom withdrew, Theresa May was declared elected. She, too, had a majority of support from her MPs, with 60% support (a record high in Conservative parliamentary leadership elections.)

So, assuming neither Mr Hunt nor Mr Johnson withdraws from the current contest, and assuming Her Majesty The Queen is advised that the winner of the Conservative leadership election is best placed to command a majority in the Commons (tricky with a hung parliament, but still the most likely outcome), Conservative grassroots members will be the first members of the public to effectively nominate an individual as Prime Minister.

Aside from a lesson in political and constitutional history (sorry, it's my day job), what is the point of this post? Well, firstly, I am somewhat uncomfortable with the process. It seems to me wrong in a parliamentary democracy based on a (parliamentary) party system that MPs should not maintain the final say on who should become Prime Minister. We elect MPs to parliament, and the party with a majority of those MPs (or able to command such a majority) has the right to form a government. If that party changes its leader, it seems right to me that democratically elected MPs should have that responsibility.

As an ordinary member of the Conservative Party, I am not democratically accountable for my choice. My right to help select the next Prime Minister stems purely from the £25 a year I pay to the Party. Of the 13.6 million people who voted for Conservative MPs at the last General Election, just over one per cent of us are now asked to select who should lead those MPs and form the government. As I say, that makes me uncomfortable, both from a democratic and a political point of view.

So the choice weighs heavily on me. We are not simply choosing a leader, we are selecting a Prime Minister to serve the whole country. Every member will use their own judgement to make their choice in their own way, but before doing so myself, I also want to hear from voters who don't have a direct say. I may not be accountable as a party member, but I am an elected representative, and as a Councillor I am accountable to around 10,000 voters in Eltham South ward. I want a leader who can command their support, and who will serve their interests.

So - if you live in Eltham South, tell me what you think! Not just which of the two candidates you prefer, but the issues you think are most important to the decision. Is it just about Brexit? What kind of Brexit? Should the candidates commit to pledges on tax? Schools? The NHS? Other issues?

You can fill out a survey by clicking: https://www.surveymonkey.co.uk/r/3QBFT3G. Responses will be treated in confidence, though if you want to contact me directly, please do so by emailing me at eltham@nigelfletcher.org

The feedback I receive is only likely to be a small sample of opinion, but it will allow me to make a more informed choice. It is, after all, one that will affect us all.
Posted by Nigel at 10:00 am 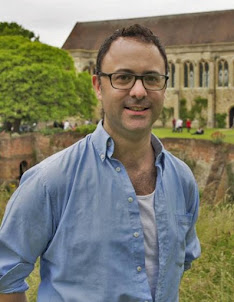 Nigel Fletcher is a Conservative Councillor and Deputy Leader of the Opposition in the Royal Borough of Greenwich. He was first elected to the Council in 2005 for Eltham North ward, serving until 2014, and has represented Eltham South ward since 2018.
He teaches political history at King's College London and is the co-founder of the Centre for Opposition Studies.